Poem: The Ocean of a Soul 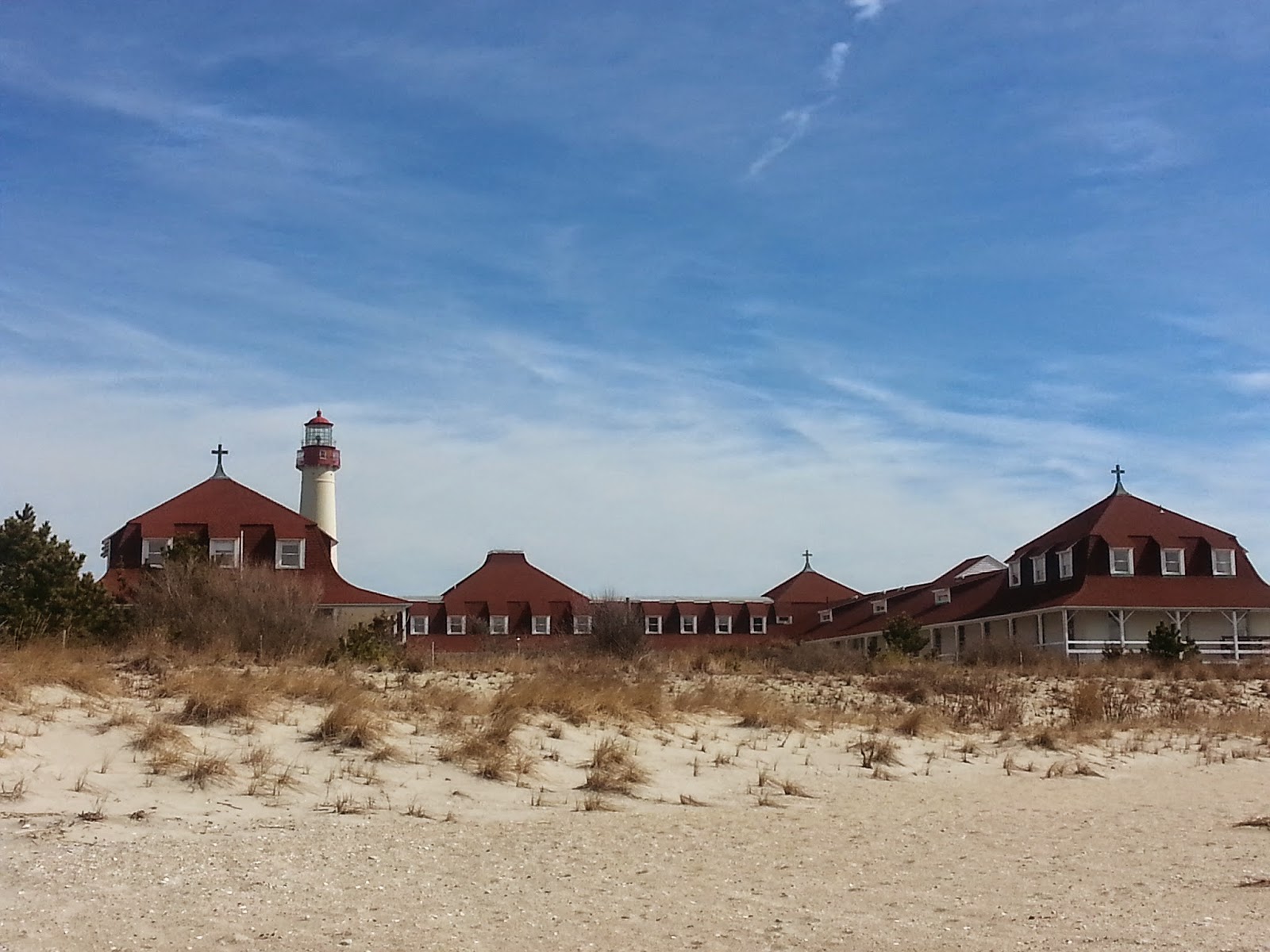 This past weekend, we took a group of students to St. Mary's-by-the-Sea for a Silent Retreat. As I reflected on their prayer and this sacred silence by the sea, the following poem came to light:

Cast out
into the ocean of your soul
they said

To catch
you know not what

And you realize
You cast out
not to catch
but to be
caught.
Posted by Colleen Gibson at 8:42 PM 2 comments: Every year, no matter where I find myself, St. Joseph seems to find his way to the pages of this blog in time for his feast on March 19th. Over the years, I've shared images, reflections, poems, and much more.  This year though as I reflect on the eve of St. Joseph's Day, I find myself remembering another Joseph.

I met Joe my first year in Philly. He called the community center and parish where I worked one day looking for the person in charge of social services.  He wanted to donate food.  Joe lived about a mile from the church I was working at, meaning he was in another parish's jurisdiction, but, he explained, they had come to visit once and told him there wasn't any need for his donation.  Appalled at this comment, he was looking for somewhere that would accept his donation.

Knowing the deep need in our neighborhood, I told him I would come out on a house visit and see how we might be able to work together. The next day, I found myself on his doorstep. Medically home-bound, Joe was confined to his first floor.  He received meals from a local organization but wasn't ever able to eat all the bread and juice they sent him. These things, along with some other food, were what he wanted to give.  "I know there's a need," he said to me in that first meeting, "I just want to help meet it."

Little did I know that my visit would soon become routine.  Each week by Wednesday I got a call. It was Joe letting me know he had a donation. Sometimes I had a family in mind that could use the food; other times, I would take what was offered knowing that someone in need would come to our door soon enough. Nothing would go to waste and I didn't dare miss my weekly "appointment" with Joe.

Our visits were often brief- a quick catch up and some sharing- he'd slip a $20 bill into my hand for the center and send me on my way. I came to know the sound of his voice that I would hear each week on my phone. It's your good friend. He would say. His voice carried with it joy and happiness that had felt the weight of illness and the passage of time. No matter when he called, I could hear that phrase and know who it was.

Over the course of two years, I came to know him better. A former Oblate priest, he'd share about his experiences of Philadelphia and wisdom from life.  He never kept me long (and to be honest, I think he didn't know why I insisted on coming in each week) but I cherished being able to see his smile and check in on him week in and week out. It was never guaranteed he'd be there- "Jefferson (hospital) is my second home" he would joke, a sentiment too close to the truth to ring fully of humor. The fact was I never really knew if he'd be there the next week.

When I finally broke the news to him that I wouldn't be able to come visit any more because I was entering the Sisters of Saint Joseph, he listened attentively.  A few days later, I got call. "Colleen, it's your good friend.." I knew exactly who it was. "I need you to come over," he said, "I have some things I want to give you."

A few days later, I found myself in his living room once again. He handed me a brown paper grocery bag and told me to open it. Inside were books he thought I should read. Taking them out, I discovered at the very bottom, two things wrapped up in more brown paper.  The first was a cross.

"To remember me by," he smiled.

The second package was heftier. Pulling back the paper I found four different colored books. "I don't know if you'll need these, but I want you to have them." He said.  They were his Office books, the prayers of the Liturgy of the Hours. I could hardly believe it; I had never prayed the Office but I told him I'd learn and thanked him for the heartfelt gift.

Before I left, he gave me one last piece of advice: Do it because you love it. If your vocation loses it's life then you shouldn't be there. You're meant to be happy... be happy, whatever you do.

Leaving the house, I wasn't sure if I'd ever see Joe again.  I knew his address by heart and promised to write from novitiate. "Pray for me," he said as I got in my car to leave.

For the next two years, I found myself all over the place. But I always knew I had a home in Kensington and any time I would go to visit, I'd make sure to drive by Joe's house.  I wrote and on breaks, I would try to visit. No matter where I went, Joe stayed in my heart and in my prayers. Even in my vow liturgy this past summer (though not physically), Joe was there.

I've remembered his words often- Be happy.  That can be a struggle in the everyday, when struggles and stresses bombard you, when things seem not to be turning out alright, when graces are disguised as burdens, and change comes more suddenly than you would like.  Be happy and know where your heart is echoes.

I have to imagine that that other Joseph (you know the saint) must have said those words to himself at some point.  Know where your heart is...where your love dwells.. and in that will be happiness and glory and grace. In the face of the unknown he kept at it; not knowing what might come next, he stuck to what faith called forth. Vocation does that. Call goes deep to the place God calls us most deeply.

This past August, while I was in the process of moving things into my newest community/convent the house phone rang.  I kept going about my business (since I didn't even technically live there yet) until a sister called my name. The call was for me.  "That's weird," I told her wondering who was on the line.  I picked up the receiver.

"Sister Colleen! It's your good friend, J---" before he could even finish his sentence, I knew who it was- Joe.

Through mutual connections, he'd found me. He wanted to welcome me to my new house and check in after my vows.  "Remember," he said, "be happy, that's what this life is all about."

Those were the last words I would hear from his mouth. Last Wednesday, after long suffering, Joe went home to God. I imagine now that he's with Saint Joseph celebrating and doing just what he said you should- being happy in a life that will last forever... just two regular Joes, two holy men, guiding the way and reminding me about what really matters.